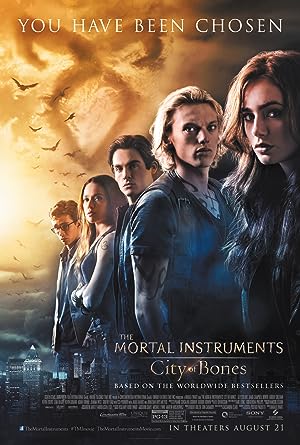 The Mortal Instruments: City of Bones (2013)

130 min|Action, Fantasy, Horror, Mystery, Romance|21 Aug 2013
5.9Rating: 5.9 / 10 from 124,472 usersMetascore: 33
When her mother disappears, Clary Fray learns that she descends from a line of warriors who protect our world from demons. She joins forces with others like her and heads into a dangerous alternate New York called the Shadow World.
Director: Harald Zwart
Creator: Jessica Postigo (screenplay by), Cassandra Clare (based on the novel by)
Actors: Lily Collins, Jamie Campbell Bower, Kevin Zegers, Jemima West